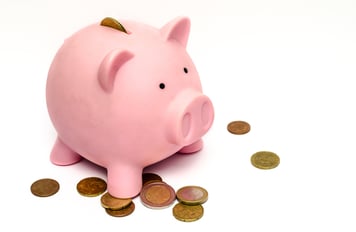 The new Tax Cuts and Jobs Act is now law, and it has many nonprofits and small businesses quivering a little bit. It’s important to remember that there are many facets to this new act and to understand the potential repercussions, both positive and negative.

With the Act comes a change in the standard deduction, from $6,350 to $12,000 for single individuals, and $12,700 to $24,000 for married couples. This could decrease the number of taxpayers who can benefit from a charitable contribution deduction, according to the Nonprofit Law Blog. It does, however, provide a great incentive for higher-income donors to give more. But it’s also important to note that only those who itemize their deductions will actually benefit from the charitable contribution deduction, and experts expect to see a drop in the number of taxpayers who itemize their deductions.

Another takeaway: Charitable giving is expected to drop year-over-year. The Nonprofit Law Blog says that the new Act also could result in something called “bunched giving,” where donors will choose to make several years’ worth of donations in one year rather than over multiple years, causing their itemized deductions to be higher.

Limitations on deductions for SALT:

The Act also limits the amount of state and local income taxes that can be deducted by those who itemize their deductions to $10,000. This results in higher taxes for taxpayers in states with high real estate values and high state and local taxes, like California, New York and Oregon, according to the Nonprofit Law Blog. This change could affect these individuals’ ability to make donations to charities.

The good news is that the Act increases the amount of a deduction an individual can take for charitable giving, growing from 50 percent of a taxpayer’s adjusted gross income to 60 percent.

Repeal of the Pease limitation

The Act repealed the “Pease” limitation – a provision that decreases the value of itemized deductions for higher income taxpayers ­– on certain itemized deductions. These include charitable contributions, home mortgage interest and state/local taxes. Previously, the limitation applied to an adjusted gross income threshold of $261,500 for a single taxpayer and, after that threshold was met, a taxpayer’s itemized deductions would be reduced by three percent for every dollar of taxable income above the threshold. This means that charitable donations now hold a higher value in terms of tax deductions for certain taxpayers.

These are only a few examples of the affects that the new tax law could have on the nonprofit industry, and we urge you to do your research and find out what it means for your unique organization.